If, like many runners, you’re starting the new year training for a Spring marathon such as London, Paris or Brighton, we want to be here to offer you some help and support through the journey. We’re going to have a series of articles to help keep you training effectively and we’ll be hearing from some really experienced marathon runners, to get their top tips.

But first off, it’s only January. It’s important not to peak too soon, or do too much and get injured. January should be all about easing into it, forming good habits and laying the foundations.

If you’re pretty new to running and are working up to your first marathon in April, then January should be a month of gently getting your body used to running several times per week and not getting too carried away. It could involve some run/walking, which, far from copping out is actually allowing you to extend your runs without putting too much strain on your body. Your maximum time running might only be 30 – 40 minutes when you start out, and if you’ve slowly extended that to an hour by the end of January, you’re just about where you need to be. You really don’t need to be doing two or three hour runs at this point.

Similarly, even if you’re a more seasoned marathon runner, you still shouldn’t be going too crazy in January. In this first month if your long run reaches 90 mins then you’re on track. You’re building the foundations and you don’t want to tax your body too much. If your body is used to the odd tempo session or hill session, then it’s fine to throw those in. 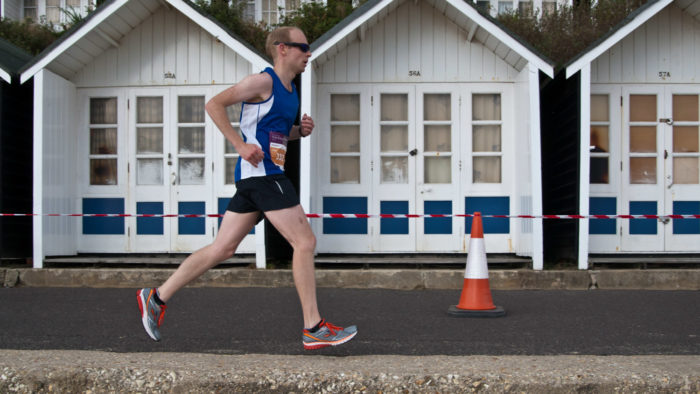 But don’t get too hung up on distance or time in January. Make it about forming good habits, about making that training part of your weekly routine. If it doesn’t fit in with your life, it’s probably not sustainable. It’s much better to do three runs a week consistently, than do five one week, two the next, miss a week, do six the next week to try to catch up.

January is also about seeing how your body copes with marathon training, especially if you’re a newer runner. If your long run is leaving you aching for days, then you may be doing too much too soon, or you may need to incorporate a regular sports massage while you’re marathon training. You might also need to look at swapping one of your weekly easy runs for some cross training like cycling or swimming, to put less strain on your body. The key thing is that if you’re always feeling achy, you won’t be able to do the harder sessions later in the training plan to the best of your ability and you won’t get the benefit from them. And you’ll obviously be at more risk of injury. 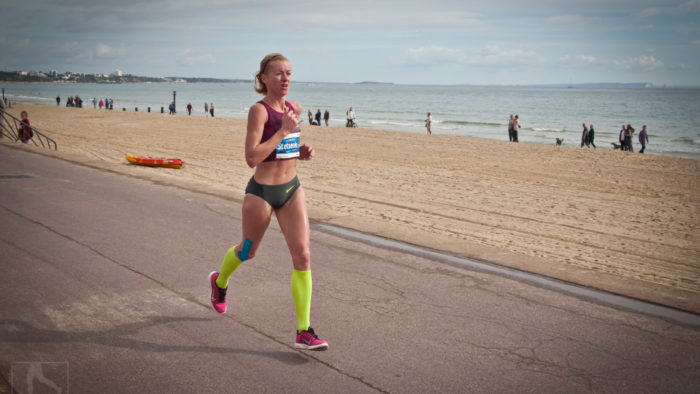 January should be about building confidence slowly. The last thing you want to be thinking at the end of a long run is ‘if that felt really hard, how hard will running four times as far feel?’. By the time the marathon comes round, those long runs will feel a whole lot easier. Just concentrate on doing what you’re supposed to do that week and don’t worry about week 10 or 12. The training plans are designed to build up gradually and sensibly.

Also, don’t worry what everybody else is doing! There’s going to be somebody on Strava or Facebook boasting about their 20 mile runs in January, done at some crazy pace. These people will probably be injured by March and go a bit quiet. Stick to your plan for your marathon.

Lastly, make yourself accountable. Whether that’s just by having a training plan, which you tick off as you go, by getting a coach to set your training plan for you and report back to, or having a group of friends to train with. Ultimately none of these things will make you do the training – only you can do that – but if you feel you’re letting somebody else down by not doing that run, you’re more likely to do it and get into good January habits!