Cross training as a mountain runner – will winter work pay off?

The first blog from multiple world champion Jon Albon who shares his coaching expertise with RUN247...
By Jon Albon
Share

With the summer trail running season about to begin in earnest it will soon be clear whether the many hours, kilometres and metres climbed during winter training have paid off.

Without the need to rest for, or recover from races, the winter season is where the majority of my training takes place. It allows me to train consistently and build a big base, ready for the summer of racing.

How much training is necessary to be at your best is a continually debated subject but what type of training you do is an extremely important factor.

Ultimately, I believe that running isn’t good for you in the large quantities required for trail or ultra racing, especially if you try to do it for 12 months a year over a long career. So how do you build the big engine required without the injury risk of too many running miles?

The majority of my training during the winter is spent not running. This started during the years that I had a persistent foot injury forcing me to get creative with how to exercise but limit how much running I was doing.

Since getting the foot fixed this training ethos of being able to do more hours using other forms of training has stuck. I am now a firm believer that finding a form of cross training that is easier on the body is key to putting in the hours required and keeping injury free as well as healthy in the long term.

Living in Norway my favourite form of cross training is skiing. When I lived in London, I supplemented running with cycling which also works really well.

The key is to find a form of cross training which is fun enough that you can spend many hours doing it without thinking it a chore, and one that will allow you to get your heart rate up the same as running. You can then supplement this form of training into your plan, including a higher ratio of running the closer you get to your priority races.

This approach to training has many benefits but also a few drawbacks, the main one being the increased injury risk when upping your running volume ready for the summer. You have to listen to your body constantly and adjust volume based on how your body reacts, so your legs are prepared to take the abuse of running races, but you don’t pick up an injury along the way.

Specific sessions where I know I am going to ‘pound my legs’ downhill are required so I can gradually acclimatise them to the abuse that comes with racing in the mountains.

Through the winter my running mileage was somewhere between 30 and 50km per week (mainly on the treadmill) with the majority of hours spent on the skis.

During the spring the running miles steadily increased and the skiing hours reduced.

Now in June, I do the majority of my training running with some cycling depending on how my legs are feeling. I have completed some specific race simulation training sessions and even competed in a few smaller events to get some racing practice.

So will this approach prove as successful for me as previous years? Only time will tell.

My first priority race is the 42km Marathon Du Mont-Blanc on the 26th of June but the main goal of the year isn’t until the UTMB CCC in August. 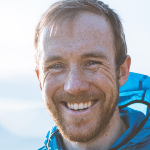 Article by
Jon Albon
Jon Albon is a 14-time World and seven-time European Trail, Ultra, Sky Running and OCR Champion. He is attempting the UTMB triple - he won the OCC 55km distance in 2021 and is targeting the CCC 101km course this year and then the 171km Ultra-Trail du Mont-Blanc in 2023, the pinnacle of the sport. He's a member of the North Face trail running team and you can learn more from Jon via the Albon App, a unique coaching platform for Apple and Android devices.

Dream debuts for Kangogo and Chesang as Sierre-Zinal thrills again

Defending champions Jornet and Mathys back at iconic Sierre-Zinal

Home advantage counts for Czech stars at Krkonossky Half Marathon